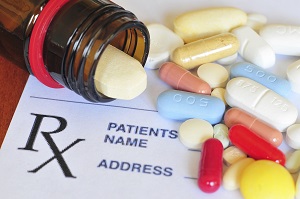 Twin Rivers Rehab has extensive experience in assisting clients who suffer with pill addiction. Painkillers are the most commonly abused drugs but there are no shortage of people addicted to valium (pax) or dexamphetamine for example. Michael Jackson died at the age of 50 due to painkiller addiction which started after his hair caught alight whilst filming a ‘pepsi’ advert. The burns were treated and Michael was given painkillers for the pain! Over the years Michael’s addiction grew leading to addiction to propofol (An anesthetic developed for theatre use only) and benzodiazepines which eventually killed him.

It is frightening to realise how many people were introduced to pain pills via a doctor or psychiatrist which led to a full blown addiction. At Twin Rivers we appreciate that many clients truly believe that because the pills were originally prescribed legally that their excessive use is justified. Many patients will get prescriptions from a number of different doctors running from surgery to surgery, even in different towns in order to fulfill their addiction! The black market for pills has increased many fold making pill addiction possibly the biggest addiction problem worldwide.

The Realty of Pill Addiction

Abuse or misuse of medication can lead to tolerance, which refers to the body’s adaptation to the long-term use of abuse to the point where it no longer produces the desired effect. The result is that a person needs a higher dose of the substance to achieve the same response produced previously by the prescribed dose. As with street drugs, withdrawal from these types of medications is similar and begins after stopping or reducing the dose of medication that has been used for some time.

Withdrawal symptoms from medication can range from mild to life-threatening, and unfortunately many are unaware of the dangers of addiction to medications such as painkillers or anti-anxiety medication.

This kind of addiction can disrupt a person’s life just as much as addiction to street drugs and the consequences to their state of mental and physical health are just as severe. Addiction to medications such as codeine and benzodiazepines and their withdrawal symptoms can result in seizures, liver and kidney damage, depression, anxiety, strokes heart-rhythm abnormalities and even death.

It is important to keep in mind that pain medication that such as codeine is derived from the opioid family, just like heroin and morphine.

Some of the most dangerous over the counter and prescription medications include:

Benzodiazepines
This medication is commonly used to treat panic attacks and anxiety disorders. Benzodiazepines are extremely addictive and fatal overdose can occur, and people who tend to become more reliant on this type of drug, who become progressively more incapable of tolerating their emotions and life stressors are especially vulnerable.

One of the greater dangers are using benzodiazepines in conjunction with alcohol, which at first makes the user more at ease, but later serves to only cause more anxiety. This is a dangerous cycle, as it leads one to take more than the prescribed dose, as the anxiety becomes more and more unmanageable.

Codeine
Codeine is one of the most abused over the counter drugs in South Africa, this became apparent after a study was done by the Medicines Control Council. This substance is often found in a variety of pain medications as well as cough syrups. Unfortunately, in South Africa, this is an easy medication to get hold off, as it is sold over the counter, and most pharmacies do not keep track of how often a person may be buying more. It is incredibly addictive and has severe dangers when it comes to withdrawal. Codeine is often used in conjunction with benzodiazepines and alcohol, which makes it even more dangerous. Codeine addiction should be treated with the utmost care as going cold turkey can bring on suicidal thoughts and tendencies, hallucinations, or even psychosis.

Oxycodone
Oxycodone is an opioid often prescribed for relief of moderate to severe pain. It is highly addictive, and a patient can easily become addicted after a legitimate prescription was issued to them.

Valium
Valium is used to treat a range of conditions such as anxiety, seizures and alcohol withdrawal symptoms. Long-term tranquilizer use can cause brain damage and the detoxification can lead to seizures.

Demerol
Like oxycodone Demerol is prescription pain medication, this is another drug in which the user can develop tolerance and become addicted leading to an increase in dosage and painful withdrawal symptoms.

Ritalin
Ritalin is used for Attention Deficit Hyperactivity Disorder and is a stimulant that affects the central nervous system. This drug is often abused by students, who use it as a stimulant. Heavy use can lead to physical dependence, and withdrawal symptoms include exhaustion and severe depression.

Vicodin
This opiate-based painkiller is highly addictive and is often used for a euphoric feeling. Bone pain, anxiety, aches, cramps, chills, vomiting, diarrhoea and nausea are associated with long-term abuse.