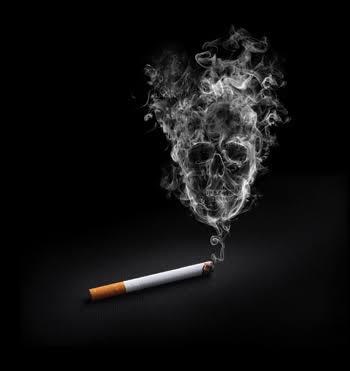 Smoking addiction – and giving up in recovery

In conjunction with using addictive substances, many alcoholics and addicts also smoked during active addiction. Giving up smoking is no easy feat and within a rehab facility it can add comfort, being able to hold onto smoking. In recovery smoking does pose less of a danger than active drug and alcohol abuse. The added stress, while being in rehab, may hurt a client’s chances of successful recovery.

Smoking plays a popular role in the recovery culture. It’s often a conversation opener with a stranger when you ask for a smoke or a light. And let’s face it; there are few addicts, especially in early recovery, who do not smoke.

But are the health risks of smoking, especially in early recovery really worth it?
It may often feel, that after leaving drugs and alcohols behind, it’s the only thing you have left, a last vice to lean on. The aim of 12-steps programs are to wean addicts off substances they are dependent upon, but cigarettes are not seen as a mind-altering substance.

Quitting smoking may not be the best idea when you first step into recovery. If smoking cigarettes help you to stay off other substances then it may be a risk worth taking, especially if it helps to relieve anxiety and stress, which are common feelings to experience in early recovery. Quitting smoking in the long term is certainly a goal to aspire to, but allowing yourself to smoke during the beginning stages of recovery might help you succeed in staying recovered.

Withdrawal symptoms from nicotine are uncomfortable, since cigarettes are highly addictive. Apart from physical symptoms people also suffer from psychological symptoms. It is not uncommon that people who try to quit smoking relapse often.

Nicotine alters the balance of two chemicals called dopamine and noradrenaline in your brain. When nicotine changes the levels of these chemicals, your mood and concentration levels change too and smokers find this effect enjoyable.  Once nicotine is inhaled, it immediately rushes to your brain producing feelings of pleasure. Feelings of anxiety and stress are reduced. This is why smokers enjoy the nicotine “rush” and quickly become dependent on it. Just as with other drugs, the more you smoke, the more your brain becomes used to the nicotine.

Withdrawal symptoms from nicotine include:

Irritability – caused by the body’s craving for nicotine
Fatigue – nicotine is a stimulant, initially quitting smoking will cause fatigue, however over time your body will adjust and you will have more energy.
Insomnia – Nicotine affects brain wave functioning and may influence sleep patterns. It is not uncommon in the first few days after quitting for the ex-smoker to wake up frequently during the night. Dreaming about smoking is also common.
Increased appetite – after quitting, you may confuse nicotine cravings with hunger pangs.  You may also have a better sense of taste as the nerve endings in your mouth and nose re-grow, with the result that you feel like you want to eat more.

Freedom from smoking, just as freedom from drug and alcohol addiction, is possible. It takes work, time, patience, and perseverance, but it is possible.

Using the 12-steps to quit smoking

Many of the principles of the 12-steps can be helpful to quit smoking.
AA and other fellowships recommend that each newcomer ask someone to be their sponsor. People who wish to quit smoking may wish to try this approach.
By focusing on an action plan, you can change your mental attitude and emotional connection with cigarettes, by reading, meditating and sharing

The first week of quitting smoking is the toughest and even with a total commitment to becoming smoke-free you may struggle with cravings for many weeks.

Many people say that the first three days are the worst period of physical withdrawal. Many also struggle with a psychological withdrawal; this is the time you need to implement new habits. It is often difficult as smoking a cigarette can be seen as a reward, a stress release, or a moment to think and smokers completely build smoking into their lives. This part may, for some, be more difficult than the physical withdrawal, but the key lies in changing your habits and always reviewing why you decided to quit.

Many smokers who have quit reward themselves in other ways. You may be able to buy yourself a gift at a certain point, but the biggest reward is your personal health benefits. And it is pertinent to not lose sight of these.

To make the case for quitting even stronger, according to CANSA the following happens after you quit smoking:

24 hours after quitting, chance of a heart attack decreases

1 to 9 months after quitting, there is a decrease in coughing; sinus congestion; fatigue; shortness of breath

1 year after quitting, excess risk of coronary heart disease is decreased to half that of a smoker

5 years after quitting, risk of cancer of the mouth, throat, esophagus, and bladder are cut in half; cervical cancer risk falls to that of a non-smoker

After 5 to 15 years, stroke risk is reduced to that of non-smokers

10 years after quitting, risk of lung cancer drops to as little as one-half that of continuing smokers; risk of cancer of the mouth, throat, esophagus, bladder, kidney and pancreas decreases; risk of ulcer decreases

Remember; easy does it

Freedom from addiction, from any form of addictive substance is possible, however the fact remains that in early recovery it is best to keep your eye on the first and most important goal – becoming free from drug and alcohol abuse.

It is important to not put too much pressure on yourself during the early stages of recovery and to keep in mind that recovery is a life-long process. While quitting smoking can be a goal in later recovery, keep the golden rule in mind; easy does it and one day at a time. Relapsing on drugs and alcohol is far more detrimental to your health and life, than relapsing on cigarettes. Remember that in recovery you are never alone; ask your sponsor, fellow recovering addicts and alcoholics, counselors and psychologist for the best route to becoming smoke-free, without putting your recovery at risk.