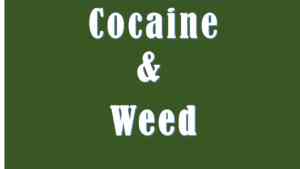 What happens when you combine different drugs?

You start with drinking, for example and as the night progresses you feel like you need something more!

What happens to your body when you smoke weed and then drink alcohol? This combination reacts very different to individuals. You know that Alcohol is a depressant and marijuana (weed) has a lot of relaxing qualities. But depending on the amount and where you get it from it can just make you very ill. Studies have been done and participants were monitored and the reactions were varied. Some people remained quite relaxed and some people respond to this combination by being aggressive and even violent.

Studies carried out involved people smoking weed and they found that they could drink a lot more as the effect that the body had was it absorbed a lot more alcohol.  The exact same test had the reverse effect on some people and they got ‘Green Fever’ also known as greening, causing nausea and were spaced out and vomiting.

If you mix Cocaine or amphetamines with Alcohol, it will definitely impact your heart function and you will be able to drink a lot longer without getting drunk as fast. Many drug users combine the two to not get drunk, to intensify the High that you get from Cocaine and to ease the symptoms of ‘coming down’ from the cocaine and feeling depressed.

Cocaine increases your energy and talkativeness but also impacts your personality often allowing the ‘user’ to believe that they are more engaging or even more attractive!

It’s difficult to pinpoint the symptoms of combining drugs but you will see signs that may mean that an addict is mixing the two. You will find that the addict may become a lot more violent than normal, Moods are definitely darker and they become a lot more irritable for no apparent reason.

Many addicts that get arrested for crimes have been reported to have been mixing two or more drugs together. Unfortunately, though studies have shown that this also heightens the risk of death.

Most cocaine users don’t know but by mixing alcohol with the substance it creates a substance that’s called cocaethylene this is produced by the liver when you have taken the mixture. Cocaethylene is more harmful and toxic than cocaine alone and can quickly result in a seizure or death a lot quicker than possibly taking the one drug.

The problem that addicts have when combining the two is they don’t feel drunk and can drink for a longer period creating more intense dehydration which leads to highly uncomfortable hangovers/come downs. This combination can be deadly as addicts are unable to truly feel that they are very drunk which could result in alcohol poisoning and death.

Twin Rivers Clinical Team are fully aware of how combining drugs can have a negative impact on a client’s personality and that in some extreme cases this can promote a Personality Disorder meaning that the client may require medication to be able to function more clearly.