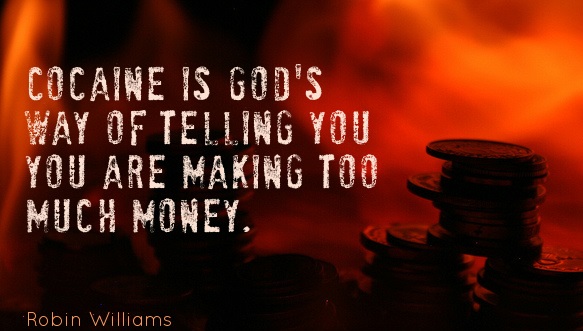 Cocaine used to be referred to as a rich persons or superstars drug of choice! Today cocaine is readily available everywhere and is more ‘affordable’ to more social groups. Some addicts use cocaine as a buffer so as they can drink more alcohol and not feel the effects of drunkenness whilst others have absolutely no control over the quality or the quantity they are consuming, constantly putting their health at serious risk! Cocaine related seizures and fatalities are not uncommon as well as breathing and central nervous system complications.

Twin Rivers Rehab’s staff fully appreciate the intense addictive nature of cocaine or crack-cocaine! Twin Rivers number of inquiries for cocaine addiction treatment has increased over the past five years from clients experiencing poor health, a sense of desperation and suicidal. Twin Rivers has managed to assist clients in repairing some of the emotional and spiritual damage created by cocaine addiction. Most cocaine users are depressed and present as having a Dual Diagnosis. It is the therapists task to determine whether the clients drug use was impacted by an undiagnosed or known depression or whether the drug use has created the depressive state?

It was not so long ago that cocaine was deemed to be for the rich and famous ONLY whilst other addicts used amphetamines which was much cheaper! today that is definitely NOT the case today as the market is flooded with ‘affordable’ cocaine which has caused more people of all cultures and classes to use cocaine, more cocaine related deaths and an increase in anti-social behaviour in order to get money to buy cocaine. This cocaine epidemic is getting worse and ‘users’ are getting younger as well as this drug has been introduced to school children who are vetted to become drug runners for unscrupulous drug dealers.

Cocaine is still portrayed as the ‘cool’ drug and unfortunately some movies on television ignite these kind of thoughts in peoples minds. Even in films such as ‘Scarface’ there are elements of grandiosity but does depict the rise and fall of a drug lord! In the film Pulp Fiction one of the characters mistakes heroin for cocaine and promptly snorts it and overdoses almost immediately.

It is quite interesting that many people still equate cocaine with large swinging parties, super yachts, fast cars and makes you sexually attractive to the opposite sex! The reality is that there are multiple deaths daily among the drug cartels as they remain at war with one another to gain bigger pieces of the global market. Poor Colombians, for example are forced to work excessively long hours in order to produce cocaine, even young children who are treated like slaves and the mortality rate is low!

There is actually nothing ‘cool’ about cocaine as it causes misery and death for all those involved in the producing, selling and using of cocaine. like all addictions, cocaine addiction is cunning, baffling and extremely powerful. Even when an addict dies of a cocaine overdose it is usually recorded as ‘accidental death’ on the death certificate and so once again the illness of addiction takes another life without even being recognised as an illness!

Cocaine often, but not always impacts sexual libido and often creates what the addict believes as a sexual addiction. Its important not to be confused about this as cocaine does increase sexual desire but sexual addiction is a completely different addiction altogether. Like cocaine, there are people out there who think that sexual addiction is ‘cool’ even glamorous but that could not be further from the truth as sexual addiction is as debilitating and as miserable as any other addiction causing anti-social behaviours and high risk of transmitting sexually transmitted diseases!

What is extremely important though, when working with a cocaine addict is that they will need psychotherapy to ‘unravel’ their distorted belief system, helping them to understand that if they did not take cocaine then they would not behave the way that they do. For some clients, long term cocaine use and a high sexual appetite does require close examination as the client may fear losing their sexual drive which will become more ‘normal’ as the clients connection to recovery ethos deepens.