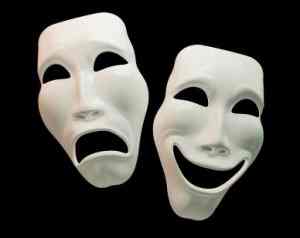 The staff at Twin Rivers are well aware that Bipolar is often misdiagnosed, especially among addicts! Why is this? Quite simply, most addicts display signs of Bipolar Disorder due to detoxification and meeting life on life’s terms without a mood altering substance. For those who have an authenticated diagnosis of Bipolar then they are ‘treated’ with medication and psychotherapy in order for the client to learn how to manage their disorder.

What is Bipolar Disorder?

Bipolar disorder is one of the most common mental health problems  humans are likely to face– it is believed to affect 2.6% of the population in the US (source: National Institute of Mental Health) and 2.5% of the population in the UK (source: Patient Info). The term ‘manic depression’ has fallen out of favour (the main motivation behind the name change is to better distinguish bipolar disorder from chronic depression), but it does describe the 2 main symptoms of bipolar disorder – periods of depression followed by periods of mania.

The Link between Bipolar Disorder and Addiction

The symptoms of bipolar disorder tend to be highly disruptive to a person’s life. People in this situation can become desperate to escape their mood swings, and alcohol and drugs can seem to offer an easy answer. The problem is that this type of self-medication only makes things much worse in the long-term, as it is likely to lead to addiction – the individual ends up with two problems instead of one.

There are people who begin self-medicating bipolar disorder with alcohol or drugs without even realising that this is what they are doing. This can easily happen with younger people who don’t recognise the early symptoms of bipolar – they just know that they feel better when they take alcohol or drugs.

Can Bipolar Be Cured?

Young Adults May Outgrow Bipolar Disorder. With symptoms usually starting in early adulthood, bipolar disorder has traditionally been described as a lifelong illness. Researchers have discovered that nearly half of those diagnosed between the ages of 18 and 25 ‘may’ outgrow the disorder by the time they reach 30 years of age.